Broadening Participation in the Arab World 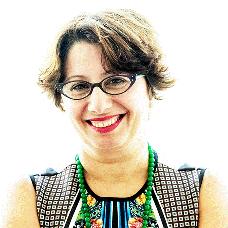 In my talk, I will present two important projects that I’ve been leading during the past several years focusing on increasing diversity and innovation in computer Science education. I will first focus on the research that I have been leading for the past few years on the Representations, Challenges and Opportunities for Women in Computing in the Arab World. Women in Computing is an important and timely topic. Despite the remarkable progress that women made in almost all professions in the US, Canada, Australia, and several countries in Europe, however, their under-representation in the fields of computing raises an on-going societal concern. Very few women are in senior-level positions and the number of women technology-entrepreneurs is scarce. Various international studies have documented the underrepresentation of women at every level of science and technology.

The Arab world, however, presents a hopeful exception to these depressing trends. Our research indicates that women dominate STEM and sciences in the Arab world, in very stark contrast to trends in the US, Canada, Australia and Germany. On average, females comprise the majority of undergraduate students studying Computer Science in Arab countries including Algeria, Egypt, Jordan, Morocco, Saudi Arabia, and the UAE, whereas in the United States female enrolment in Computer Science and Engineering has fallen from 37% in the early 80’s to a dismal rate nearing 20% in the first years of the 21th century. I will present our research findings focusing on the representation, challenges, and opportunities for Arab Women in Computing and also present motivation factors for enrolling in CS and technology fields. We hope that this study can shed some light and also contribute to the international debate and discourse on women enrolment and participation in the CS and technology fields.

Secondly, I will present ways in which “The Annual NYUAD International Hackathon for Social Good in The Arab World”, an event that I have been organizing at New York University Abu Dhabi have focused on increasing diversity (close to 50% women and students from more than 30 countries participate every year) and innovation in Computer Science. The goal of the NYUAD Hackathon is to promote creativity in computer science, tech startups and entrepreneurship, and the development of innovative technology for the social good. This event provides an opportunity for students from the Arab region and the world (we usually have participants from more than 30 countries) to experience the full cycle of creating a tech startup (sharing and generating ideas, pitching ideas, learning new platforms and programming languages, CS cutting edge trends such AI, Machine learning and Data Science, designing and developing mobile and web applications, hardware hacks, VR, and working with a team). Aside from learning top practices in software development, and CS research trends, students get a rare opportunity to be mentored by top leaders in both industry and academia. Also, students create innovative and solution-based technology for social good, which is becoming an important goal for computer scientists worldwide, as the field is now viewed as having created revolutionary innovations in many areas. This type of Hackathon creates opportunities for future international project collaboration, launching startups, and undertaking academic research among students in top trends such as AI, Machine learning and Data Science. I will present how the NYUAD Hackathon fosters diversity and innovation and off a creative way to teach Computer Science.

Professor Sana Odeh is a Clinical Professor, and Faculty Liaison for Global Programs of Computer Science at Courant Institute of Mathematical Sciences, New York University, and an Affiliated Faculty of Computer Science, New York University Abu Dhabi (NYUAD). A proponent of women in technology, professor Odeh is the founder and chair of the Conference on Women in Computing in the Arab world (held at NYUAD in Abu Dhabi during Spring 2012, May 2013, May 17, and 18, 2015, February 12 in Algeria, and 2017 will be held in Lebanon at the American University of Beirut (AUB) on August 10-12), founder and chair of the Arab Women in Computing (arabwic.org), founder and chair of the Annual NYU Abu Dhabi International Hackathon for the Social Good in the Arab World (Held in 2017, 2016, 2015, 2014, 2013, 2012, and 2011), chair of the annual New York City Girls Computer Science and Engineering Conference (sponsored by Google, NYU’s Courant Women in Computing (WinC) and Princeton University Graduate Women in Science and Engineering (GWISE, and the faculty advisor for NYU’s Courant Women in Computing (WinC) at NYU NY.  She is a member of the leadership committee of the Grace Hopper Celebration of Women in Computing (GHC), the world’s largest conference for women technologists, and also a member of the steering committee of the Association for Computing Machinery Council on Women in Computing (ACM-W). Also, on May 8th, 2016, Professor Odeh was selected by Facebook for her work on Arab Women in Technology (ArabWIC) as one of six stories to feature in honor of International Women's Day.  Also, made the final list for the prestigious "2016 WORLD TECHNOLOGY AWARD" http://www.wtn.net/summit-2016/finalists.

Her research focuses on Programming Languages and Web and Mobile Technologies, Developing information technologies for the developing world, E-Learning, and Arab Women in Computing". 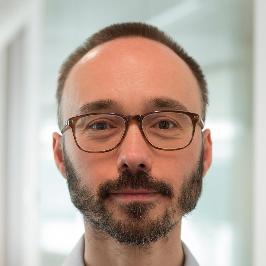 The Software Commons is the vast body of human knowledge embedded in software source code, that is publicly available and can be freely altered and reused. Free and Open Source Software (FOSS) constitutes the bulk of it. Sadly we seem to be at increasing risk of losing this precious heritage built by the FOSS community over the past decades: code hosting sites shut down when their popularity decreases, tapes of ancient versions of our toolchain (bit‑)rot in basements, etc.

The ambitious goal of the Software Heritage project is to contribute to address this risk, by collecting, preserving, and sharing all publicly available software in source code form. Together with its complete development history, as captured by state-of-the art version control systems.

For how long? Forever, of course.

By pursuing this mission Software Heritage will serve the needs of:

In this talk we will give a general overview of Software Heritage, its design principles and current status, with a particular focus on the scholarly and educational use cases that might be supported by the project.

Stefano Zacchiroli is Associate Professor of Computer Science at University Paris Diderot on leave at Inria. His research interests span formal methods, software preservation, and Free/Open Source Software engineering. He is co-founder and current CTO of the Software Heritage project. He is an official member of the Debian Project since 2001, where he was elected to serve as Debian Project Leader for 3 terms in a row over the period 2010-2013. He is a former director of the Open Source Initiative (OSI) and recipient of the 2015 O'Reilly Open Source Award.